Domestic violence and abuse includes any incident or pattern of incidents of controlling, coercive or threatening behaviour, violence or abuse between those aged 16 or over who are or have been, intimate partners or family members regardless of gender or sexuality. It also includes so called ‘honour’ -based violence, female genital mutilation and forced marriage.

Coercive or controlling behaviour is a core part of domestic violence.

Possible indicators of domestic violence or abuse
• Low self-esteem
• Feeling that the abuse is their fault when it is not
• Physical evidence of violence such as bruising, cuts, broken bones
• Verbal abuse and humiliation in front of others
• Fear of outside intervention
• Damage to home or property
• Isolation – not seeing friends and family
• Limited access to money

A considerable proportion of safeguarding adults work relates to the abuse or neglect of people with care and support needs who are living in their own homes. Domestic abuse is perhaps most commonly thought of as violence between intimate partners, but it can take many other forms and be perpetrated by a range of people. Much safeguarding is therefore also domestic abuse. 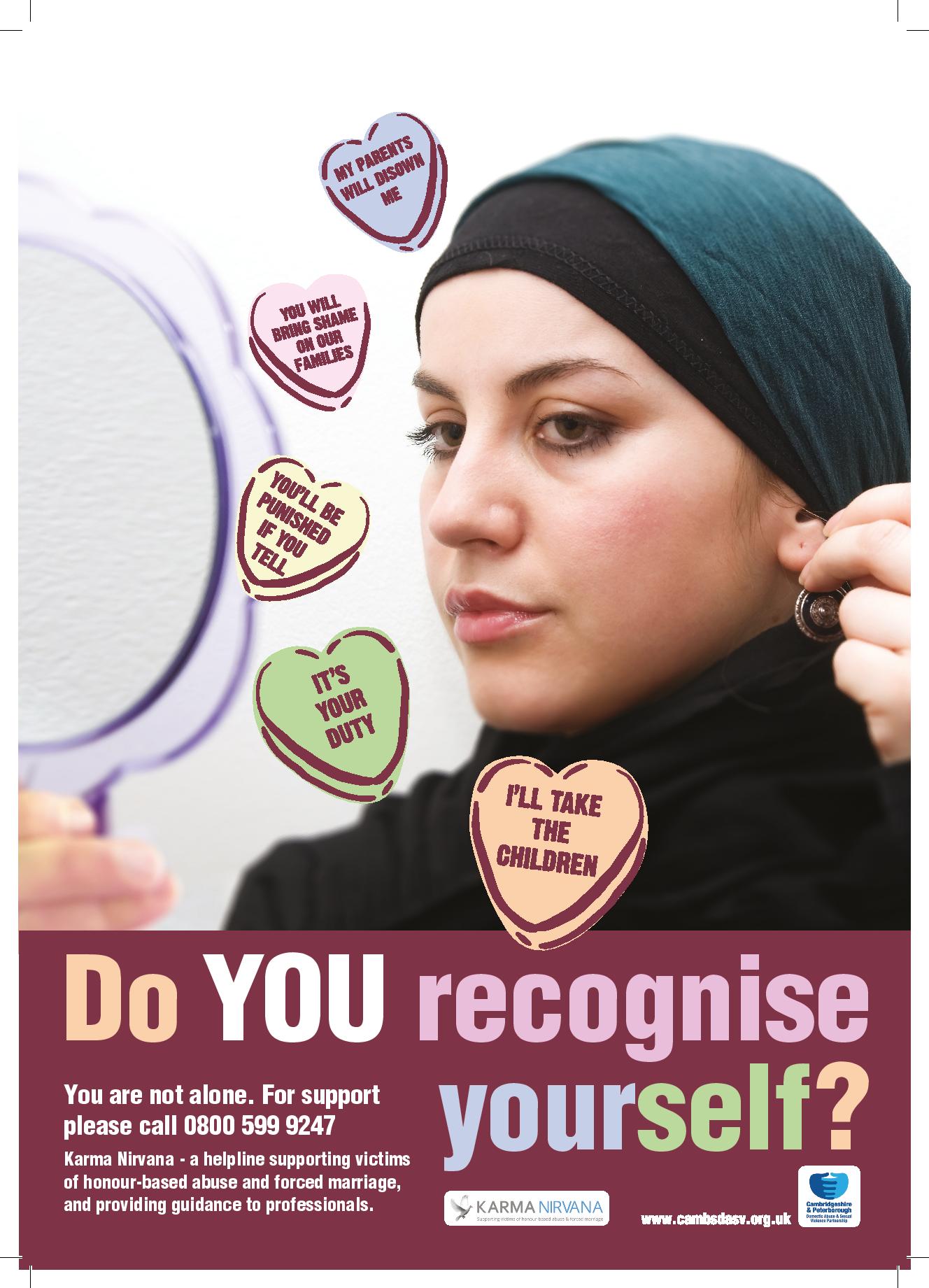 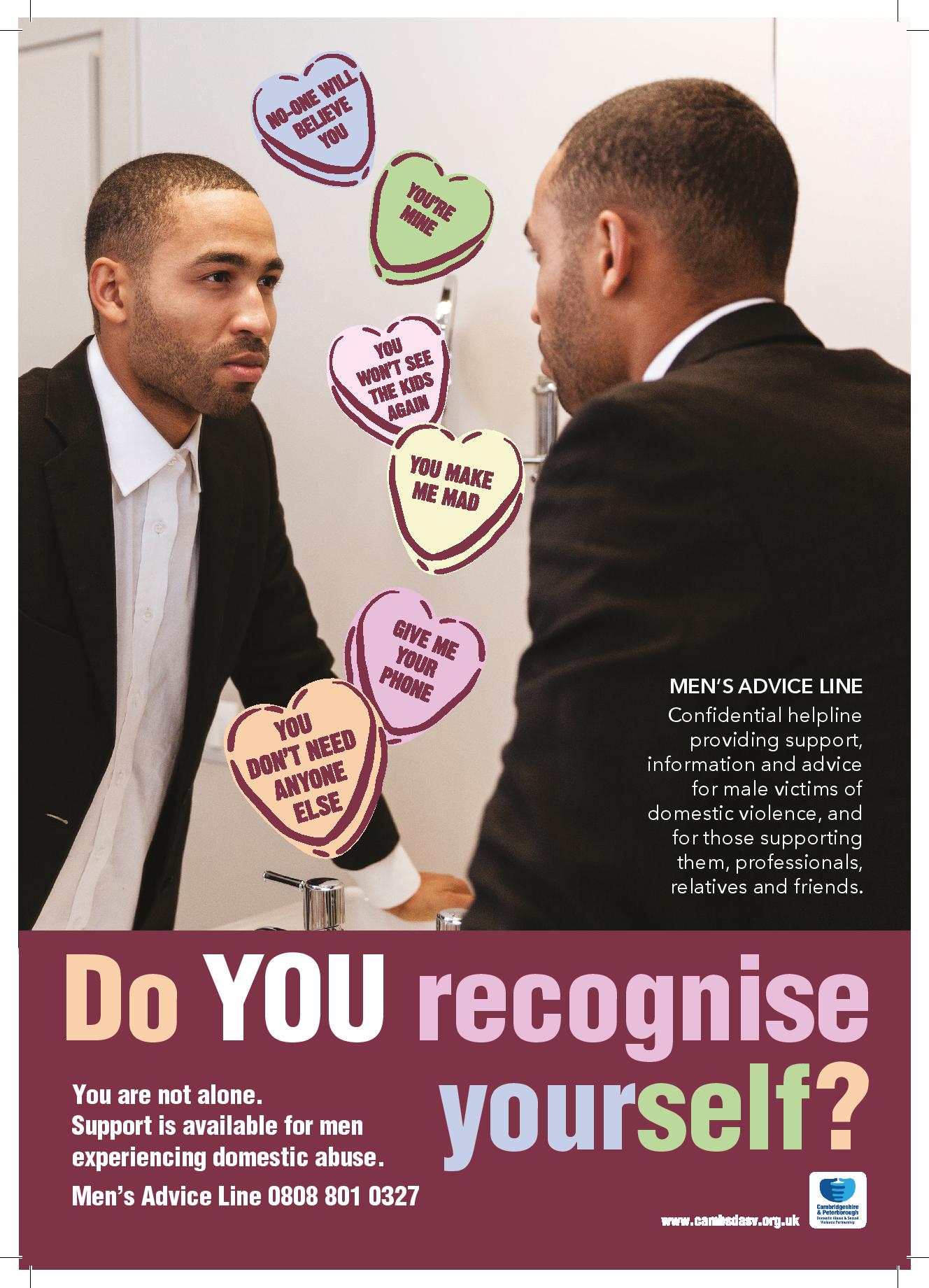 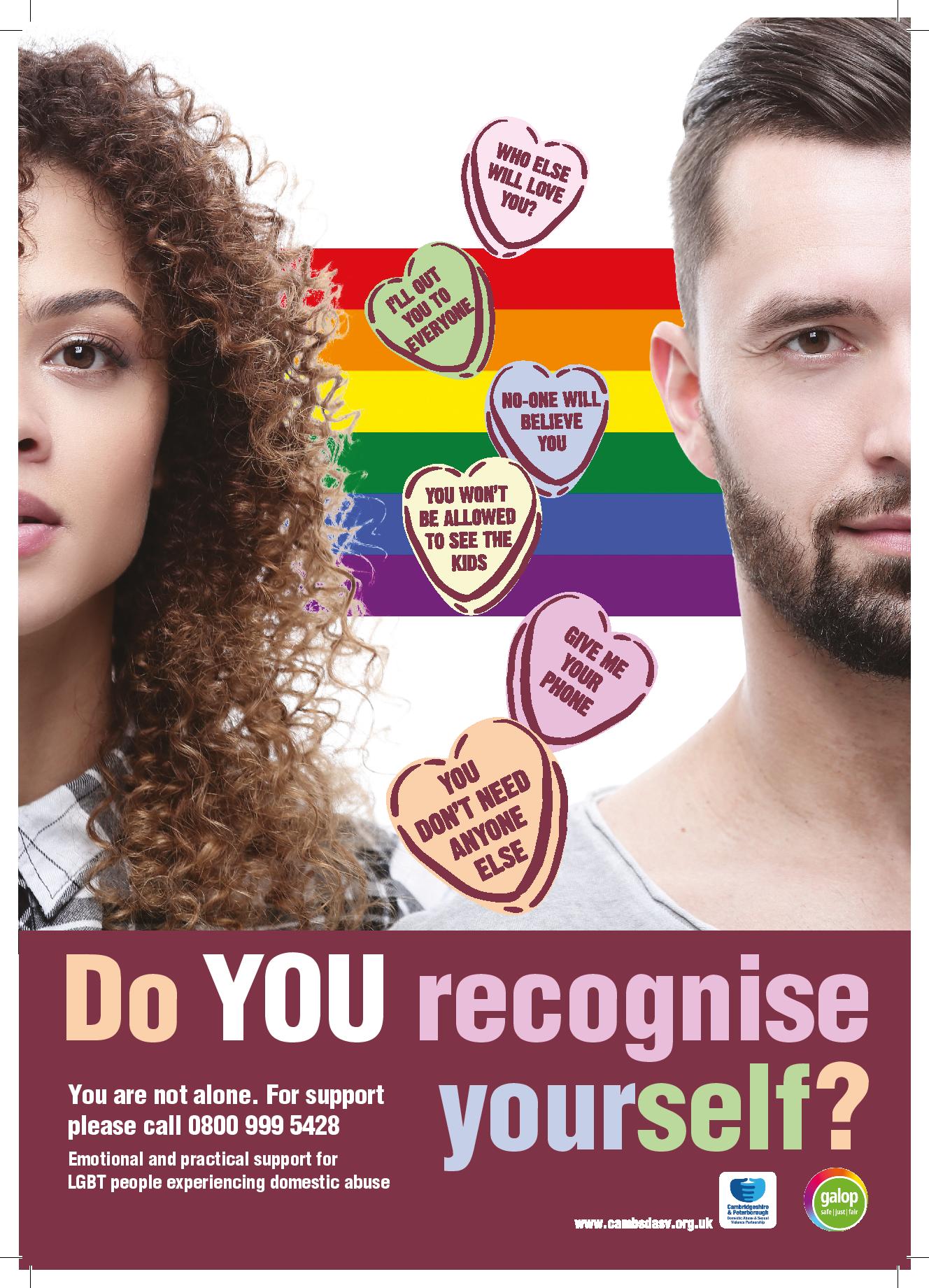 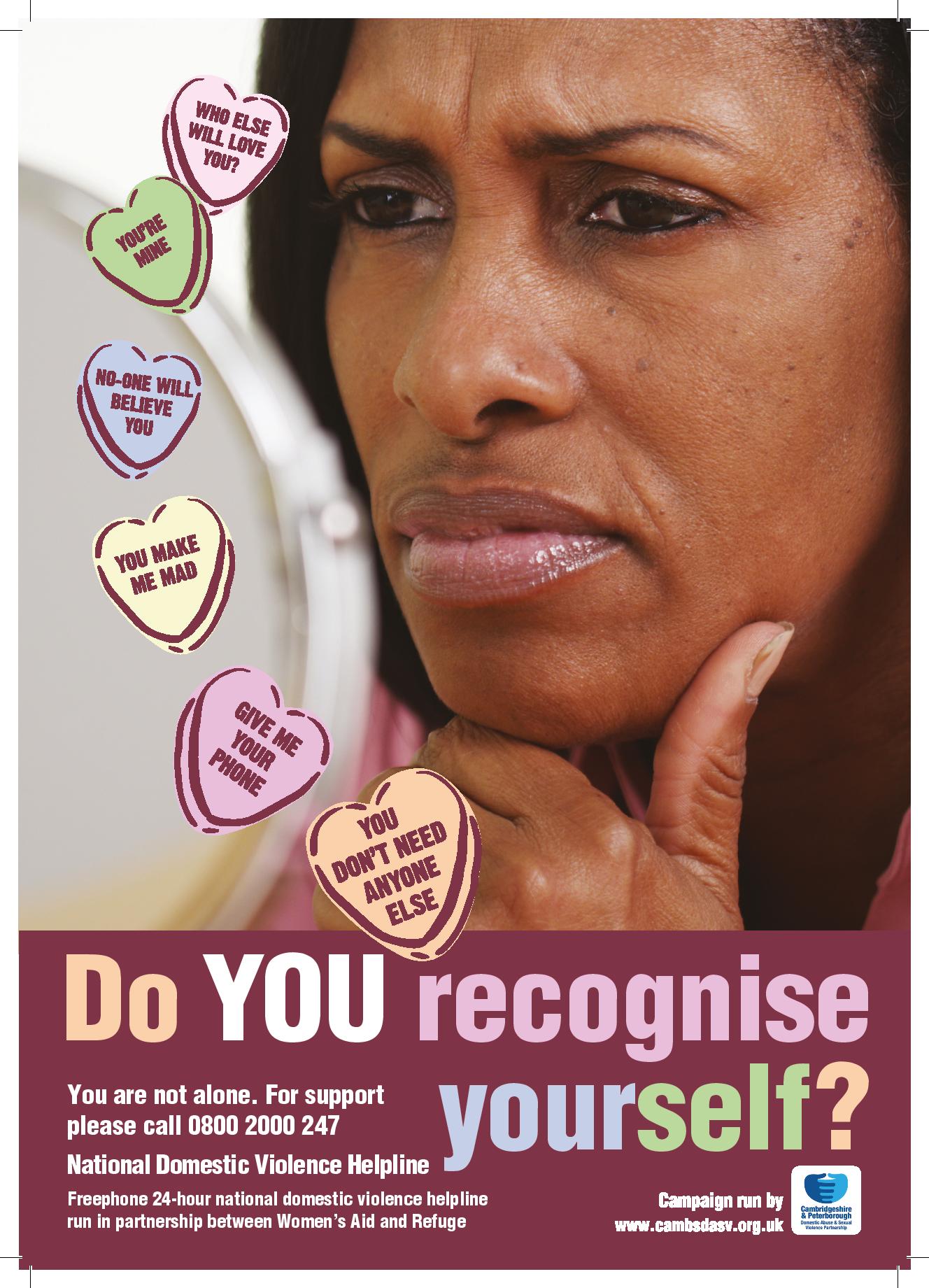 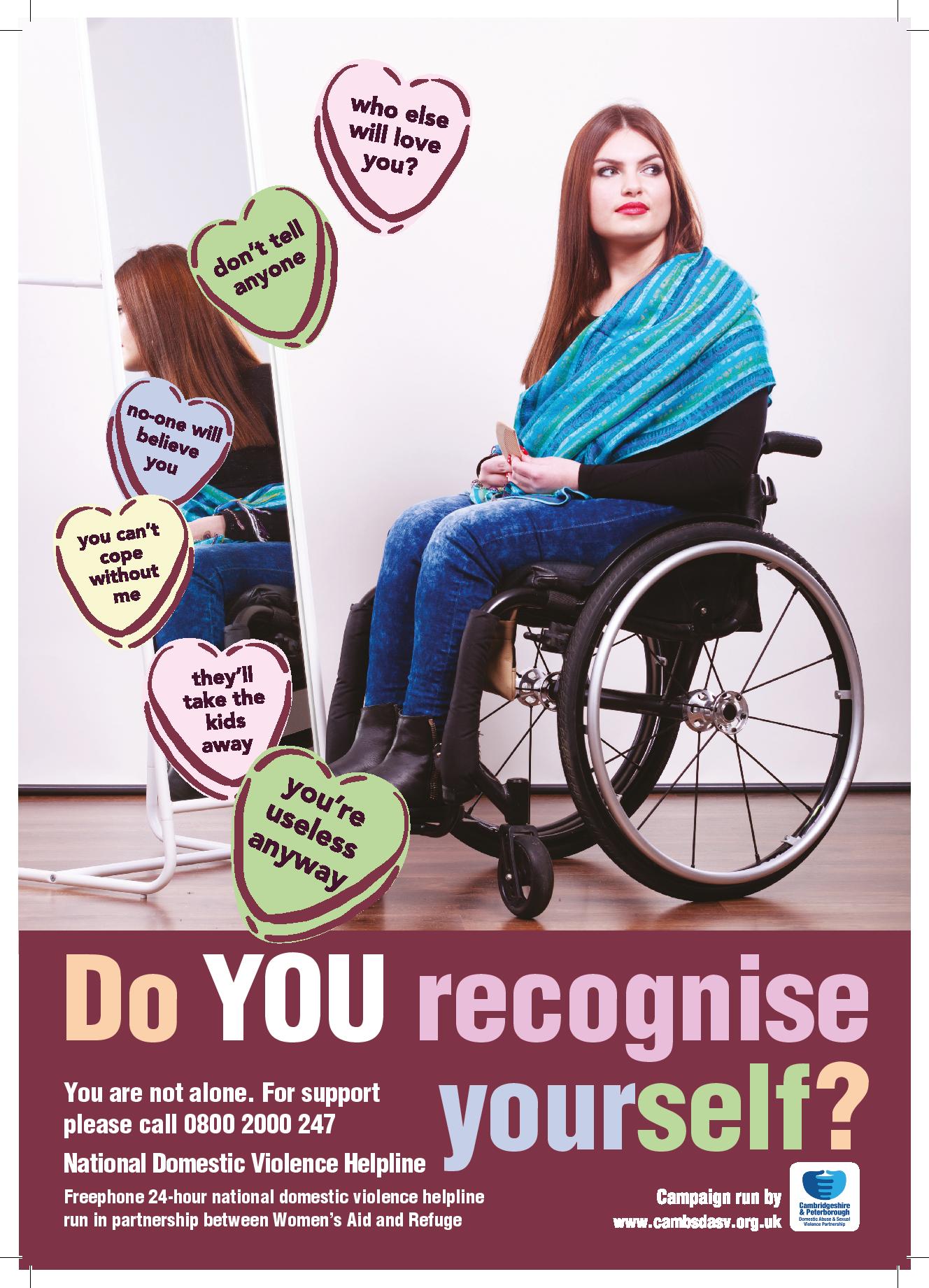 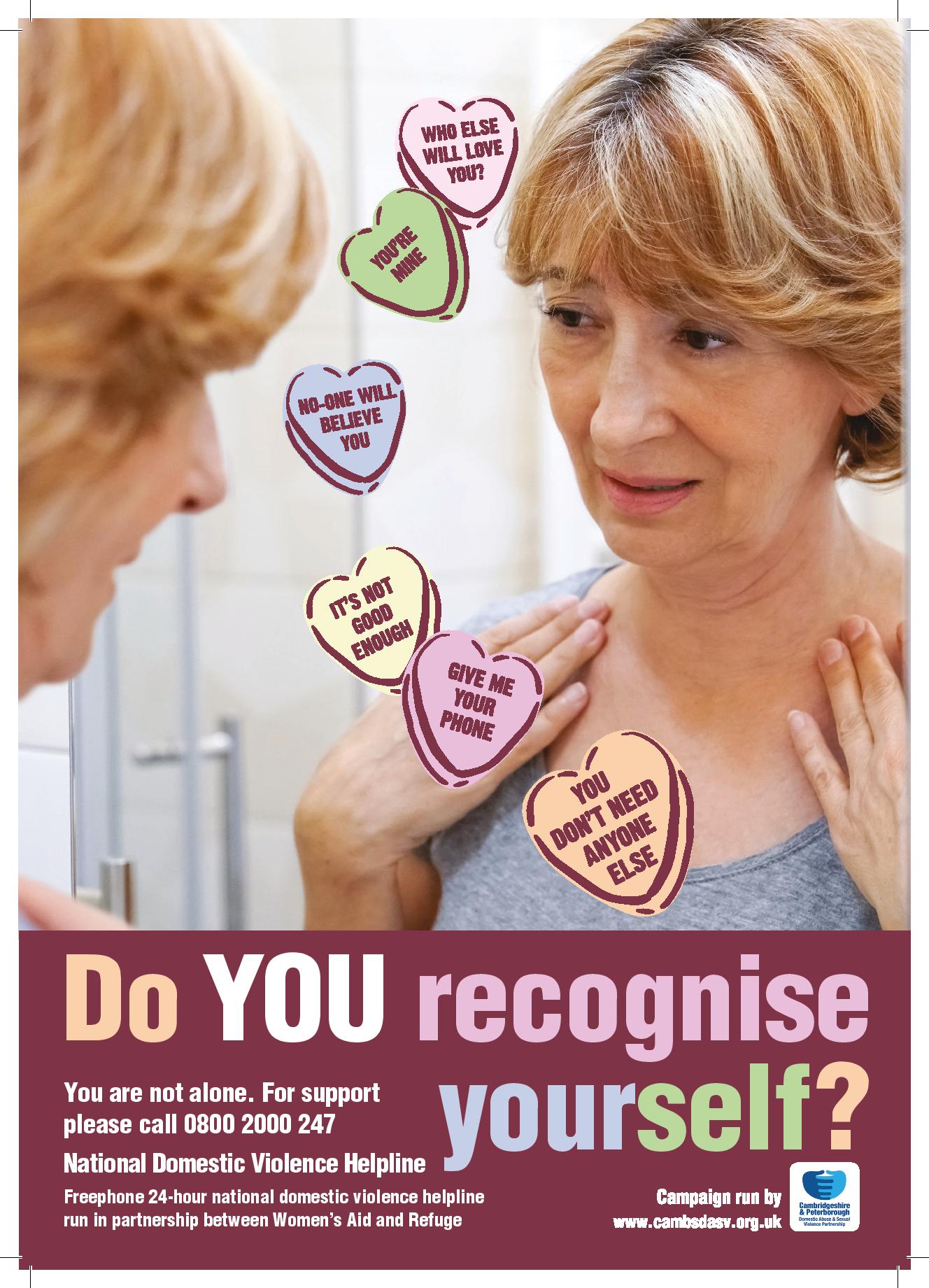 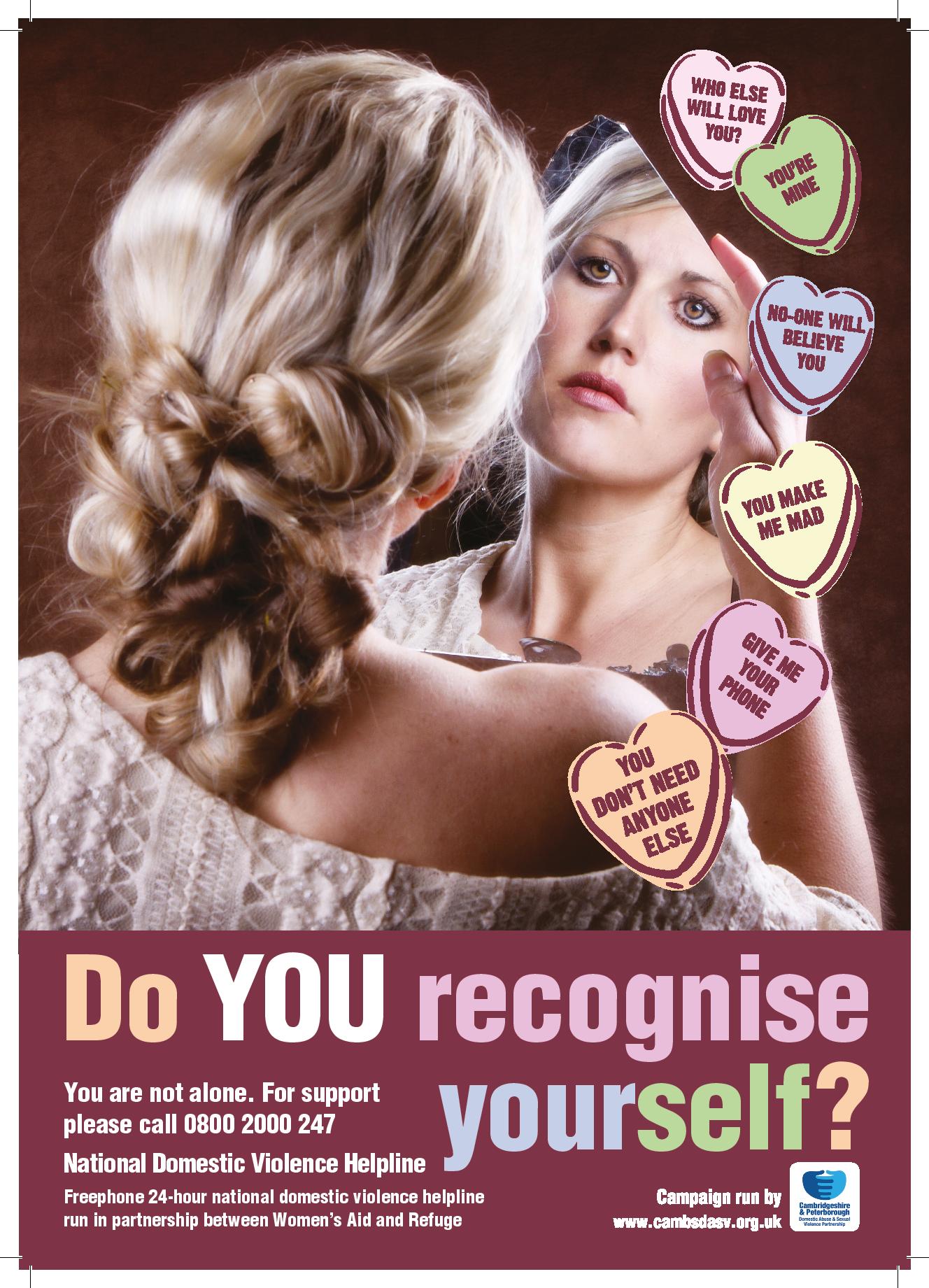 What support is there for people who are experiencing domestic abuse?

The Cambridgeshire and Peterborough Domestic Abuse and Sexual Violence Partnership have produced a number of short films available in alternative languages with voiceovers in Urdu, Punjabi, Polish, Russian and Lithuanian explaining what support is available for people experiencing domestic abuse.  Cambridgeshire Deaf Association have also recorded the films for us in British Sign Language.

The above films including those in different languages can be accessed on YouTube https://www.youtube.com/channel/UCvA8lxUtXHpYnOADUxUA-7g

ADASS (Directors of Adult Social Services) says that making the links between adult safeguarding and domestic abuse is vital to make sure that people get access to the best help that can be offered, are treated with dignity and respect, and are supported to achieve the best outcomes for them. The guiding principles for working with adults who need safeguarding are:

In adult safeguarding, as in all kinds of social work and social care support, the principle of empowerment means that outcomes are at the heart of everything that is done to support the person, and that is demonstrated through a ‘person-centred approach’ – what does the person who has been harmed want to happen? These principles are equally valid for working with people experiencing domestic abuse.

ADASS have published  a guide to support practitioners: www.local.gov.uk/adult-safeguarding-and-domestic-abuse-guide-support-practitioners-and-managers-second-edition

Abuse can happen anywhere. If you have a concern, suspicion or allegation that an adult is being subjected to harm, abuse or neglect you should report it
Report a concern
Sitemap
Copyright Cambridgeshire and Peterborough Safeguarding Adults and Children Partnership Board 2021 - All Rights Reserved
Back To Top